You're Invited to a Geeky Girl Movie Day!

There's a fun little event coming to you here in Ottawa for the Capital Geek Girls; all genders are welcome: 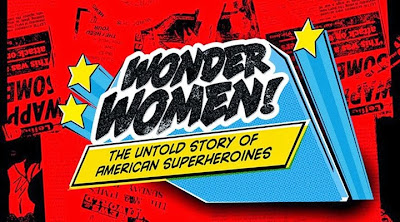 Join Cbs Bank Street and Capital Geek Girls for WONDER WOMEN! THE UNTOLD STORY OF AMERICAN SUPERHEROINES: a documentary which "traces the fascinating birth, evolution and legacy of Wonder Woman and introduces audiences to a dynamic group of fictional and real-life superheroines fighting for positive role models for girls, both onscreen and off. From the birth of the 1940s comic book heroine, Wonder Woman, to the blockbusters of today,WONDER WOMEN! looks at how popular representations of powerful women often reflect societys anxieties about strong and healthy women.

Screenings are all genders welcome and All ages welcome (rated PG).
Tickets $5 per screening. This price includes snacks, refreshments and 10% OFF ALL SUPER-HEROINE AND VILLAINESS MERCH for the whole day! You can get your tickets from the Comic Shoppe on Bank; First Come First Served! (228 Bank Street) 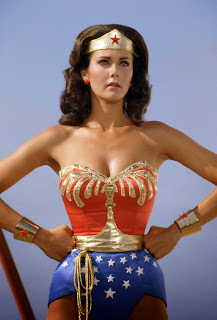 Screening are scheduled for 11am, 1pm, and 3pm.
See you there!

WONDER WOMEN! goes behind the scenes with actors Lynda Carter (Wonder Woman) and Lindsay Wagner (the Bionic Woman), comic writers and artists, and real-life superheroines such as feminist icon Gloria Steinem, riot grrrl Kathleen Hanna, and others, who offer an enlightening and entertaining counterpoint to the male-dominated superhero genre."

Check out wonderwomendoc.com
Contact Jaclyn at the Shoppe for details.