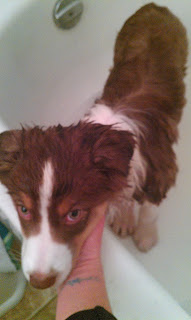 Yesterday I took a look at the puppy and realized he was filthy from all the fun we’ve been having. So I gave him a bath. Then he looked pathetic, so I blow-dried him, to his utter dismay. Once fluffy, I figured we may as well complete the package and give him a good brushing. Twenty minutes of fighting with him to get the brush through his fur, and then I decided I’d better clean his ears. Pouring the otic cleanser into his ear canals, then mushing around in there with a paper towel, made him pissy, but I gave him special treats and he stayed still long enough to let me clip all his toe nails.

What happens when a puppy gets the royal treatment from an OCD person? They apparently sneak into the one blind corner of the backyard, dig a hole, then bury their face in it. After all that work, Corben came around the corner looking like he’d stuck his face in a chocolate cake.

The rest of the morning I spent cleaning the bathroom. I started with some toilet bowl cleaner, then I 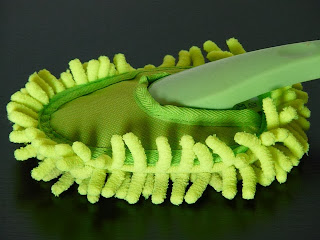 sanitized every other surface of the toilet. I continued on, meticulously moved every lotion and potion until I’d cleaned all the surfaces. I scrubbed the mirror free from all my whiteboard marker ‘notes to self’, and then poured baking soda into the tub and hand-scrubbed all the soap scum out of it. Then I went out to visit MJ for a couple hours.

So, what happens when you leave your boyfriend unattended in the house for the evening? He goes into that sparkling-clean bathroom and attempts to install a new bathroom fan. Except he doesn’t know how to do this kind, and ends up pulling out the old one only to discover that there’s tons of loose, snowy insulation up there…insulation that now flurries down onto him, the counters, the floor, and the toilet. After all that work, Alan opened the bathroom door to welcome me home, looking like he’d been in some sort of blender full of cotton balls. Giant motes of pulped insulation hung in the air as they landed in the thick blankets of fluff on every visible surface. 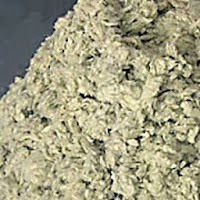 I don’t even have a way to wrap up this post. Suffice it to say, Alan cleaned the bathroom from top to bottom, and I cleaned the dog’s face and paws, but somehow nothing felt quite as ‘sparkling’ clean after that.

This is how an OCD person works.