Why I (Intentionally) Dropped the Ball on NaBloPoMo


WHY I STOPPED THE NABLOPOMO THING

At the beginning of November, I announced I’d be participating in the NaBloPoMo, which is where bloggers pledge to post on their blog daily for the entire month. I think this a great idea, and a great exercise, and this would be my first year taking a run at it.

I blogged religiously for about the first three weeks…then, if you’d been counting, you’d notice I suddenly stopped keeping up.

This wasn’t laziness, or distraction, or anything else of the sort. I just realized I’d learned some lessons from the exercise that actually made it clear the exercise needed to be stopped.

It was somewhere around the end of week two that I started to see a concerning pattern: I’d rush home at the end of the evening’s activities to write out a post; sometimes I’d be feeling frustrated and flustered, while sometimes I was eager and inspired. This is normal, and all part of the experience. But either way, I best like writing at the end of the day, when enough stupid things have happened to fuel my sarcastic humour—or, on other days, I’m tired out enough to be mellow and have a high level of concentration. So here I was, rushing home to write, and I started to miss out on life. 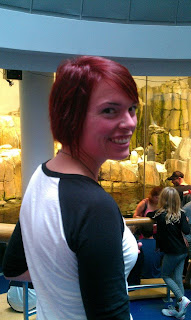 Alan’s kids came for the weekend, and I sat at the computer for the better part of one particular Friday evening, furiously typing away for a specific post. Usually Friday nights are catch-up time, where the family engages in chatter and planning for the weekend ahead. While I was physically present for much of that usual stuff, I wasn’t mentally there at all. Instead of the feeling of accomplishment I’d thought I’d have at the end of the night, I felt like I'd missed out.

There were several evenings when Alan and I would come home from an activity, and instead of ending the night off with a good cuddle, I sat in bed with my laptop ‘til midnight.

I tried writing during the day instead, and found that I was missing out on time-sensitive tasks, as there are so many things in this world that require regular business hours. Other projects started getting delayed—projects that affected my happiness, my profitability, or my productivity. I think, especially for those of us who make our living from home, or online at all really, you can overdo the whole 'sit at a keyboard' thing if you aren't careful, no matter how positive your intentions were to start.

Life doesn't wait for you to document it.

I’m not saying that daily writing/blogging is a bad thing at all. But I’m reminded of a quote:


I think that rings really true for me. Here, let me show you a picture of my day planner on just a random week (and yes, I still use a PAPER planner…I have a system!) 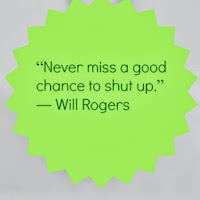 I hate being bored, you see, so I’m always doing something. I try not to have it be busy-body work, but rather, I try to check as many boxes off of life in a day as I can. I haven't sat still for an entire movie in over a decade. I’m sure some people would say my pace is unrealistic or unhealthy, but it’s a pace I’m generally very happy with. I like to go to bed tired.

Busy and productive are different animals. 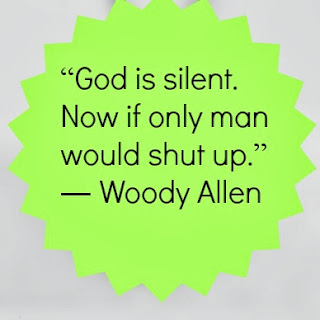 I’ve been blogging for years—I had a blog before they were called blogs—and I know what makes good content: quality, not quantity. (Though brevity is another matter entirely.) We’re all so eager to create content these days that we seem to have forgotten the idea that, unless you have something to say, silence is a viable option. Sometimes I like to give the air a break, and instead of pumping out half-conceptualized chatter, I like to shut up and wait for something truly geniune and powerful to say.

So I stopped participating in NaBloPoMo this year—by choice, not by mistake or poor work habits. Will I participate again next year? Absolutely, and I’m going to continue making time everyday to write, which was a good thing for me to get into. What I won’t do is burden you all with posts that were written with a sour heart while I miss out on family time…or posts that are poorly constructed…or posts that are written with a fake smile as I’m dealing with one of life’s hiccups (one of the rare ones I don’t feel I can share with you all, though I do know how much we all enjoy laughing at my follies).

I will speak when I have something to say; the rest of the time, I’ll be living in the present moment, making mental notes, and preparing for the next great piece of prose to be delivered to my readers, who deserve my best work.