Girl, Crafted in BC: Outtakes and the Explorer Review

Okay, so you’ve heard the ‘pretty picture’ version of the Girl Crafted in BC trip. Which is great, and it was a great trip. But if you’re smart, you were probably thinking, where’s all the drama and intrigue? I promise you, there was plenty. 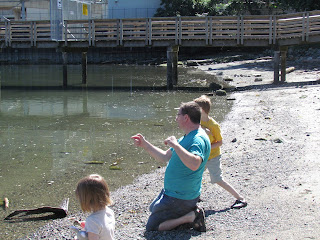 Taking a three year-old to the grocery store is hell. Taking them across country, through several time zones and up an entire coastline, is the seventh circle of hell. Don’t do it. I am telling you, don’t do it. If you ignore me and do it anyway, then you’re like that girl in the horror movie who runs upstairs to get away from the serial killer: you totally have it coming.

Surprisingly, Blueberry provided some amusement on the trip, but not on purpose. She seemed to develop a serious case of klutziness and some of her blooper reel highlights include: 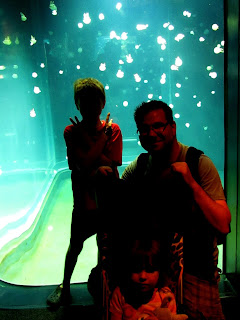 The gingerbread man fall: Blue wanted out of her stroller when we first got to the airport in Vancouver. This was around midnight, so none of us were really awake. She stood herself up and attempted to walk forward, but she’d put her foot in behind the rubber strip that acts as a foot rest on a banana stroller; consequently, it acted as a trip wire and all of Blue’s forward momentum worked to propel her, at great speed, into the cement sidewalk. Tired from the trip, she made no attempt to protect herself, falling forward like a gingerbread man or a pancake. She lay there, face down, for about three seconds before she started screaming. I know this because I stood there for those three seconds in absolute shock. Then I went over and peeled her off the ground, figuring that she’d probably broken her nose and teeth, and what would she have going for her now that she’d bashed in her good looks? Maybe she could make a crooked nose work for her; some of the prettiest people have a quirky face. Or maybe this would inspire her to improve her other assets, like her brain…maybe she’d finally put down the Mickey Mouse Club DVD’s and pick up a Bill Nye video. Anyway, all this musing was for nothing: the only thing damaged was her pride.

The walk-walk-whack: We were walking to dinner in downtown Vancouver one evening; nine year-old Max and I were walking ahead, and Alan was walking hand-in-hand with Blueberry, trailing behind us as always. Max and I were chatting when suddenly we heard a terrible and resounding whack-onnnng! sound behind us. We turned and the situation was immediately clear: Blueberry had walked, full-force and face-first, into a light post. Both Alan and Blue had been looking up at the buildings, and at the last minute Alan had looked down just as Blue had looked forward, effectively lining up her face for the perfect hit into the post. She was clearly alright despite her wailing, so Max and I dissolved into giggles which we hid by hugging each other and hiding our faces. Poor Alan had no such cover for his laughter, so he had to keep stifling it whenever Blue looked at him.

Hotel rooms were also troubling. Sticking four people of adult years into one small room is hard enough; now swap out two of those adults and replace them with two mini-humans whose bedtime is 8pm. Add in some jetlag and way too much excitement. The end result: the two remaining adults sit in the dark reading e-books for two hours while telling the children to close their eyes ‘til ten o’clock at night. 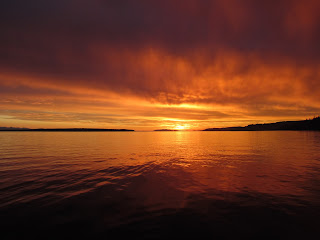 Then of course, because it was bound to happen, I got sunstroke. I knew when we left the house for a day at the beach that I should have gone back for my hat. Instead I didn’t wear one and suffered two days of vertigo, headaches, and chills. The plus side: I suppose Alan and I got to reach a new level in our relationship, as he had to take care of me. This was doubly exciting for him as I got totally panicked about being sick while away from home and had to call my father for moral support. At thirty-one years of age, this is a bit embarrassing. We soldiered through, though; we still went on our excursions and I just had to stop every hundred yards to sit and whimper. I was constantly adjusting the climate control in the vehicle, which would have been more problematic for the others travelling with me except that we were lucky enough to have the fancy Explorer with its individually-zoned climate functions. Which reminds me…

THE FORD EXPLORER: HOW WE LIKED IT

The Explorer was actually great. Ford had given us a range of vehicles to choose from for our trip, and I’m so glad we went with this one. It’s a beast, to be sure: I’ve never driven anything so big, and I found that pretty intimidating. However, the Explorer’s handling is very responsive, so it was deceptively easy to control. The backing-up camera was a godsend, and I don’t think we’d have been able to navigate the various tiny streets and parking spaces without it. Our cottage in Powell River had a driveway that was extremely narrow and sported a 40 degree incline, so the camera plus the all-wheel drive were incredibly helpful. Driving the winding rural roads of the Sunshine Coast was far less scary with this SUV than it would have been in a smaller vehicle; I can tell you right now, I never would have attempted it in the old Corolla I own back home—especially as she’s taken to rolling backwards down hills in the past year. 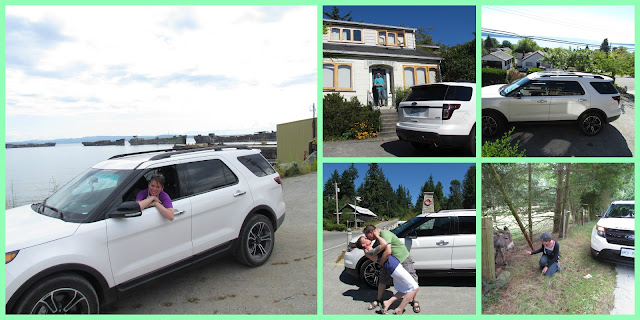 There were a hundred little buttons in the car and it took us the whole week to figure out most of them. I strongly recommend that anyone buying one of these fully-stocked vehicles buys their sales rep a coffee and asks them to explain all the buttons before they leave the lot. We enjoyed all the features, however, even trying out the bumpy-road and hill-descent buttons and finding them very useful indeed. The only feature we didn’t like was the navigation system: it was very hard to program, and sometimes didn’t reset after we’d reached a destination, so we couldn’t program in a new one. We ended up switching between the Explorer’s system and my iPad, which was frustrating.

But overall, the Explorer took all our crazy amounts of luggage, two kids, a car seat, various stuffed animals, and my own dufflebag of stuff, and kept us comfortable. The lumbar support that you can adjust in the seats was heavenly, and the adults we occasionally had in the back seat remarked that it was as comfortable as the front seats. As mentioned in an early BC post, the collision warning system saved our collective butts when a pick-up truck  lost its cargo all over the road, so despite my minor frustrations with the ginormous front-end and the dodgy GPS, I’m giving this vehicle a solid 4.5 stars on 5. If I had to buy a new giant vehicle for toting children and cargo around the city (or the countryside), we would definitely be interested in the Explorer.

OVERALL, THE TRIP WAS GRAND. AND EXHAUSTING. 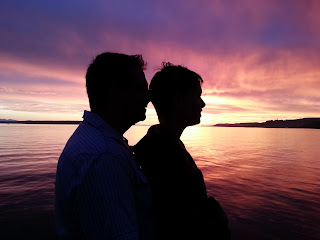 We had a great time. We really, really did. But travelling with children, turns out, does not feel like a vacation. It feels like one of those obstacle courses from that Gladiator show that used to be on TV. So I really do hope that we can at some point return to BC sans-children and experience what I’m sure is a lovely and restful part of the country, and this time head to my tiny hometown up north. I’m thrilled that I got to see my native land, though. It was a very special experience: coming home by leaving home.