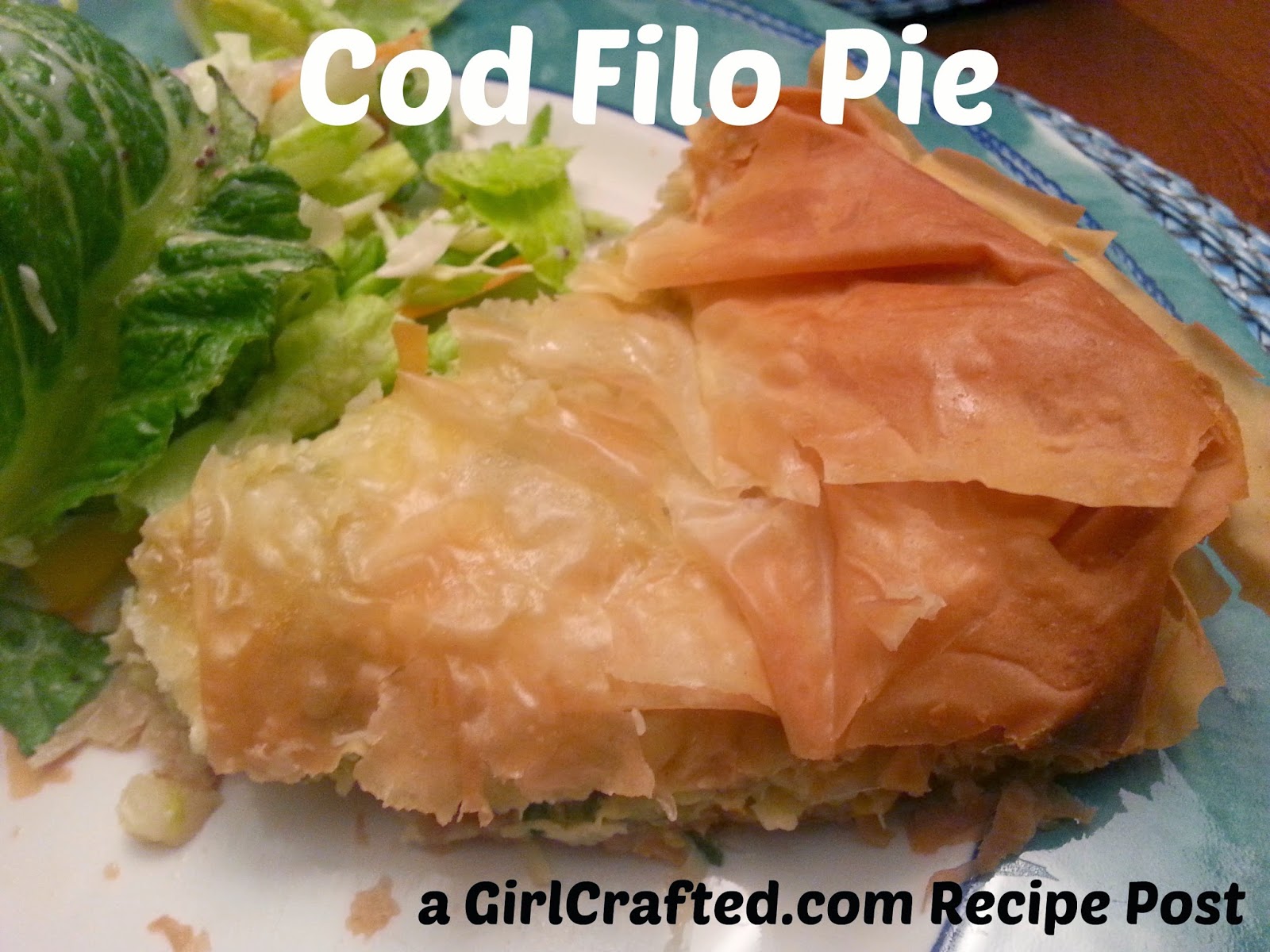 As many of you know, I’m learning to cook…well, I’ve been learning to cook for a while now, but I’m currently learning to cook meat. And fish…well, that’s ‘next level’ meat, because if you do it wrong, you either get sick, or get shoe leather. And the window between both is very narrow.
I’ve been watching a lot of Jamie Oliver lately, because I find his teaching style very easy and relaxed. Rarely does he have pre-cut perfect bowls of ingredients measured out, and very rarely does he seem overly concerned with perfection of any sort. It’s also great to have a show (like ‘Save with Jamie”) that you can follow with the guidance of a cookbook (like “Save with Jamie”). So when Jamie made a salmon filo pie, I wanted to try it. 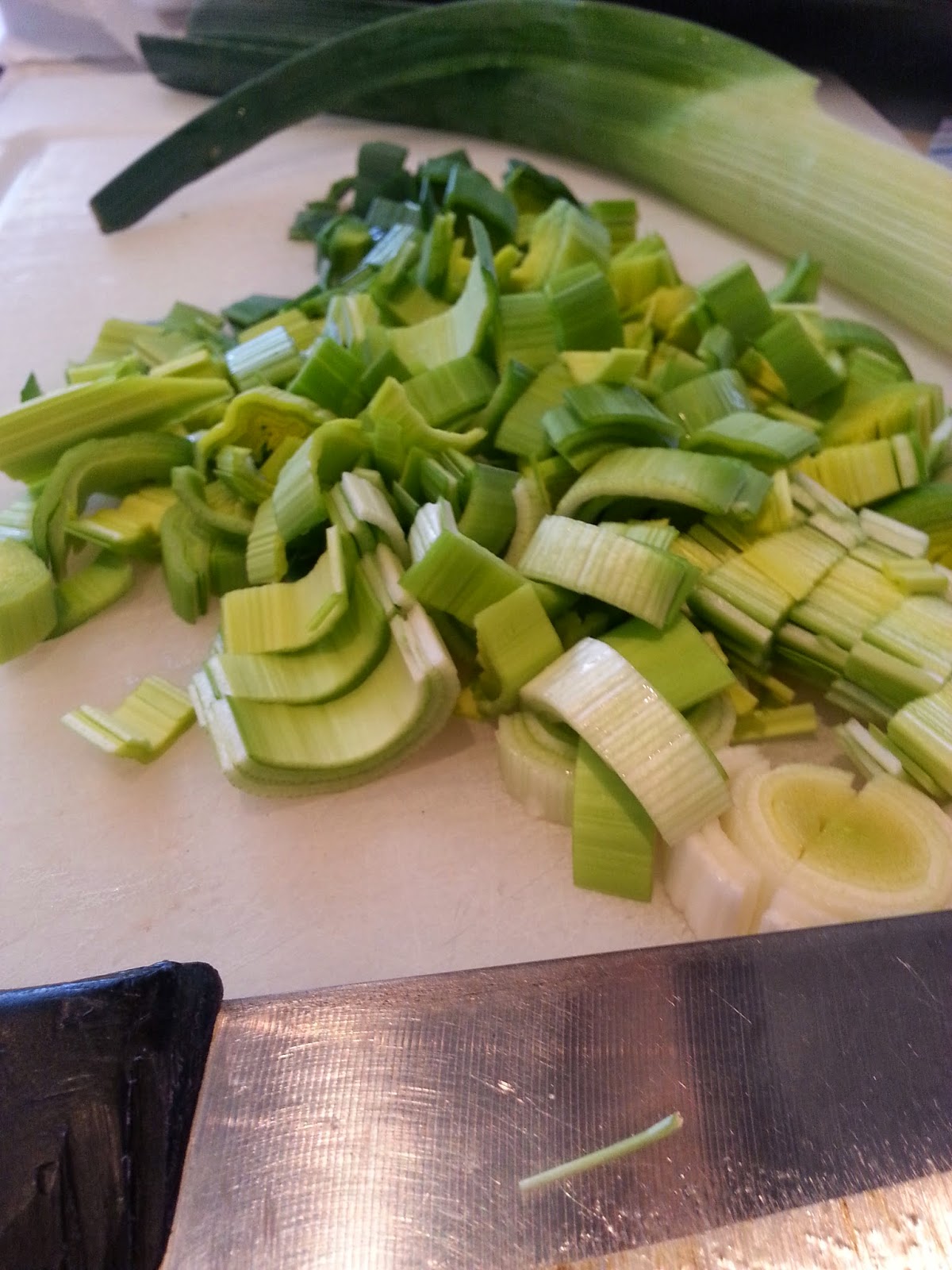 It was really very easy, and as usual, I did some substitutions. First off, I replaced the salmon with cod. This is because my mom is allergic to salmon and I really wanted her to try the pie; it is also because in my mind, it was a far greater blasphemy to mess up a beautiful salmon steak than
to mess up a cod filet. However, to increase my chances of success, I bought a piece of cod fresh from the fish counter—no frustrating thawing process here.

I also think I may have reduced the quantity of leeks, but the ones I got at the local grocer were HUGE. We went with 2 instead of 3, and we had plenty of filling. I don’t know what kind of sad anemic leeks they grow in England, Jamie, but ours were ginormous and two did the job.

Oh, and of course I left out the parmesan cheese, because of my whole dairy intolerance. But honestly, it was fabulous without it. 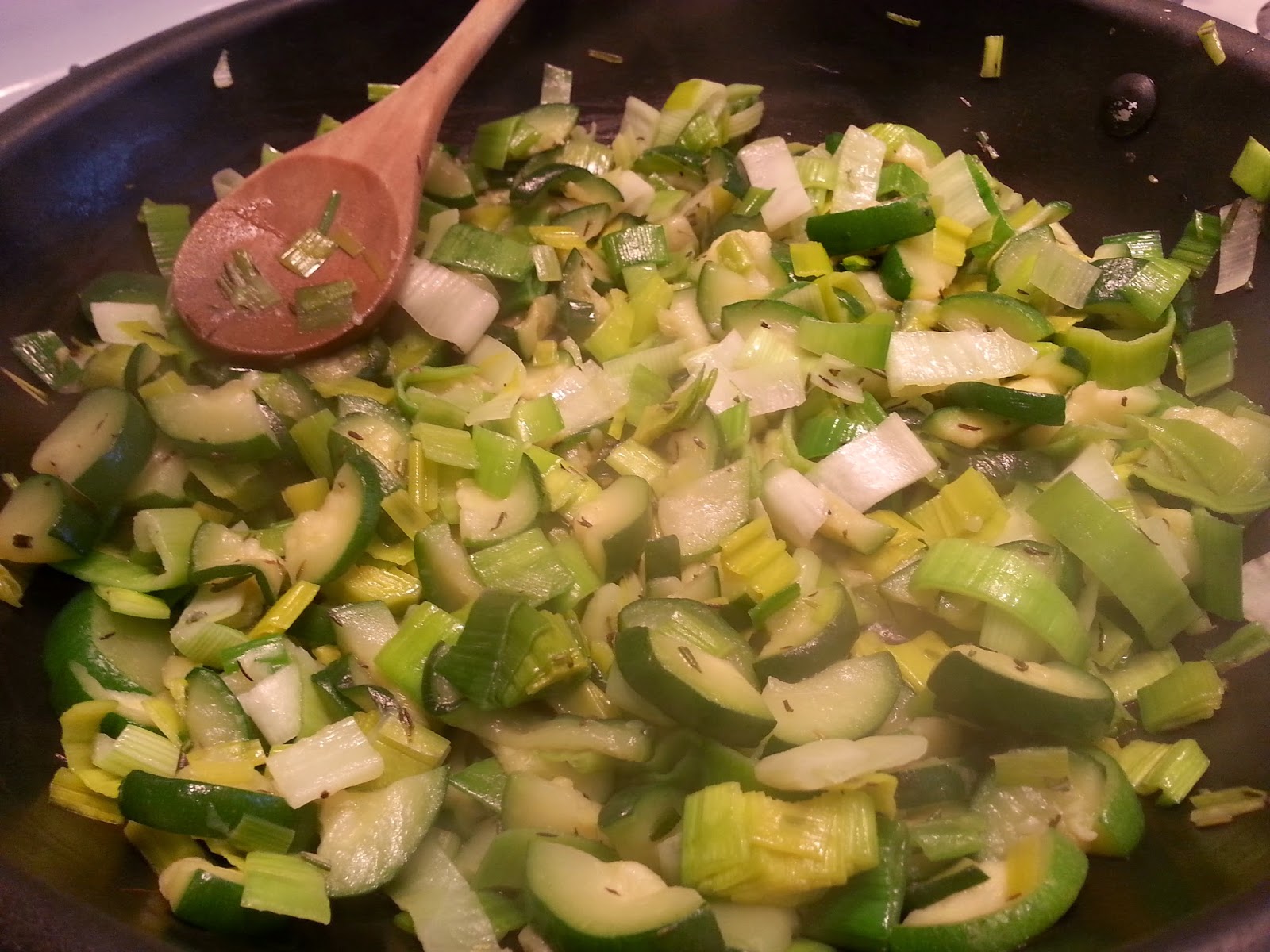 Cooking fish turned out to be super easy and not at all scary, though admittedly I was guided by MJ (the former executive chef); but because it’s so easy to see when fish is done—it becomes a true ‘solid’ and flakes apart—it wasn’t scary. Doubly good was that the fish goes back into the oven inside the pie, so if I wasn’t 100% sure it was cooked, it’s getting good and hot all over again. 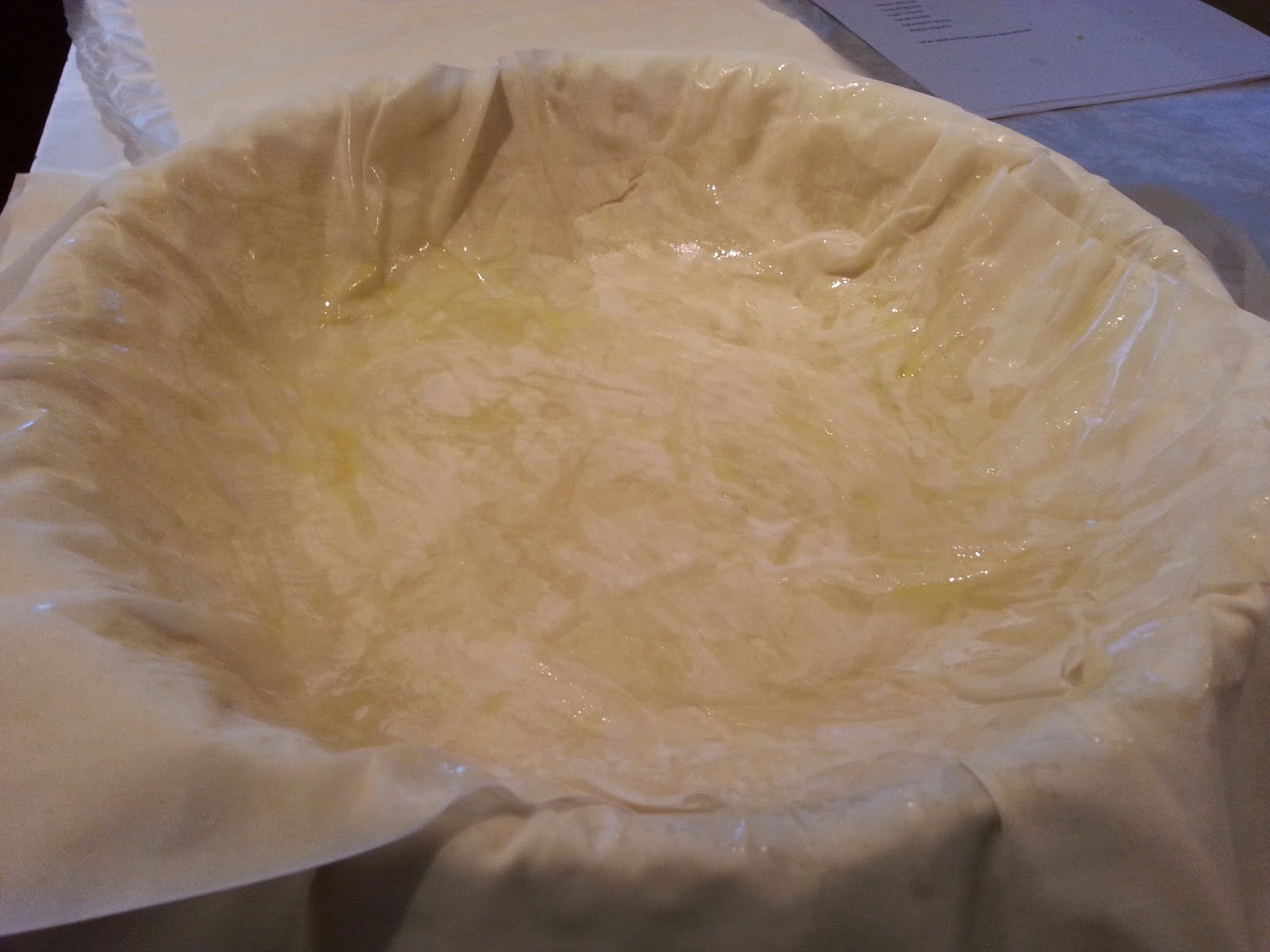 Because I didn’t have leftover fish, as Jamie’s recipe calls for, just a heads up that we cooked the fish, cooled it so it wouldn’t cook the egg mixture, and then put it into the recipe.

I’ve included the link to the recipe on Jamie’s page but be aware, you gotta scroll way down…it’s not a user-friendly site by any stretch. You can look up the show, though, and of course, the official cookbook is a gem. I have more postits in the margins than I ever had in a textbook in school, I’ll tell ya that much. 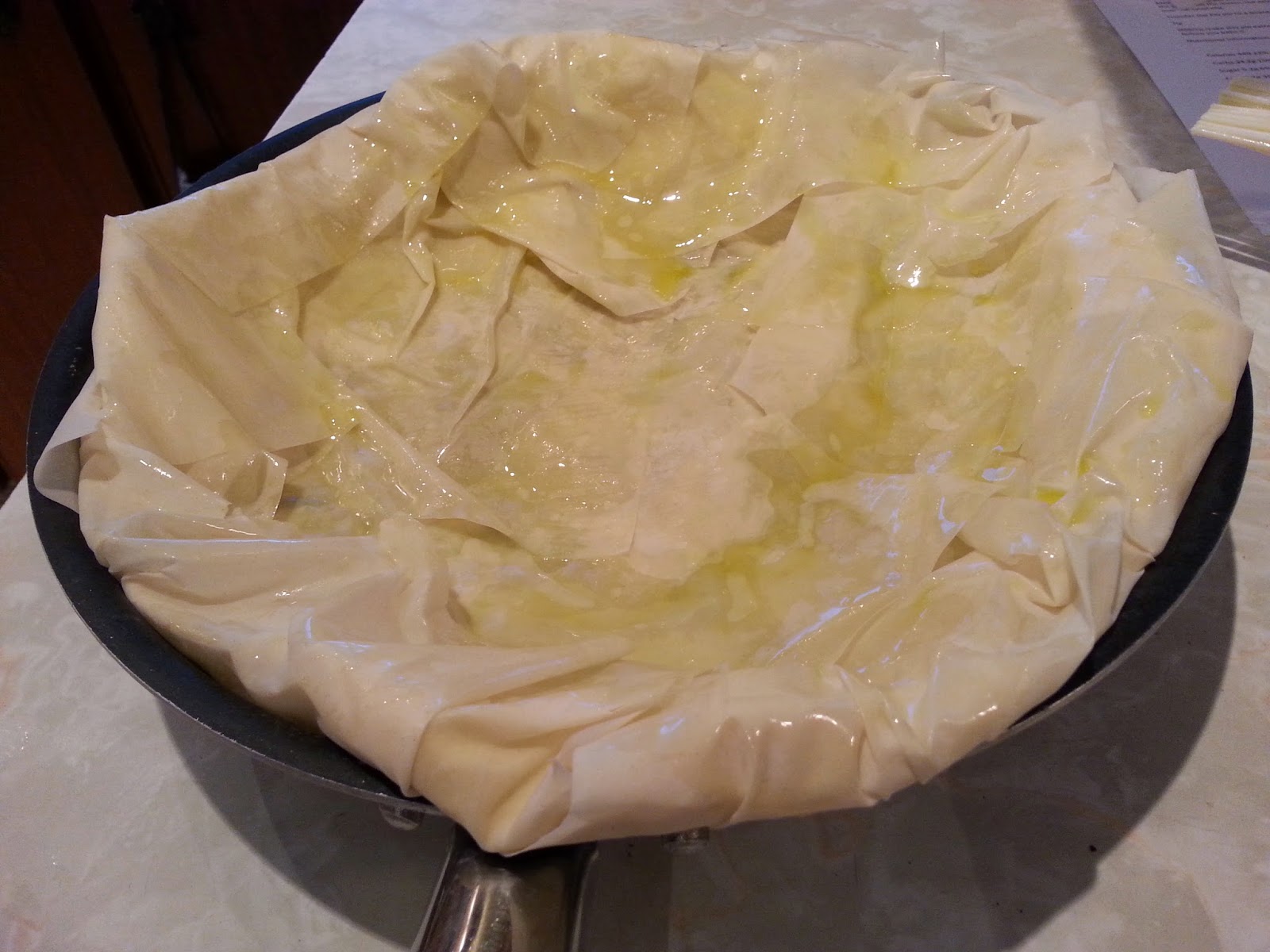 I’m learning that one of the most important steps for great cooking is little leaps of faith—faith in yourself, for the most part! Maybe that’s why there are so many cooking-is-life metaphors. Like a lot of other great new things, the only way to see how you’ll do at it is to take a leap and try your best. 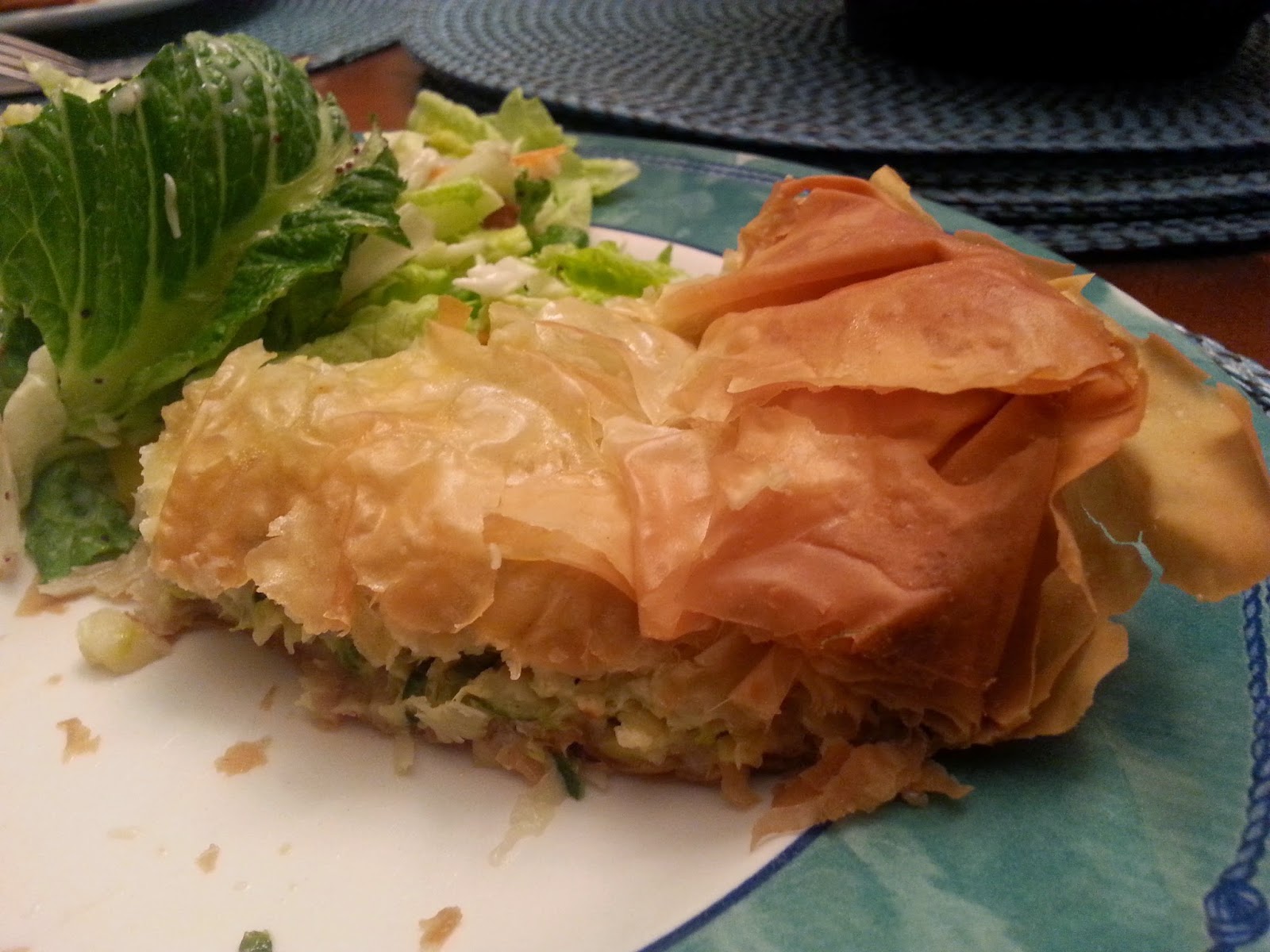