Well, since my boyfriend Alan most closely resembles a Wookie, and my best friend MJ called dibs on being Han Solo years ago, I guess my sass and penchant for odd hair-dos makes me a ringer for Princess Leia. And so off we went--Han, Chewie, and Leia--to the Star Wars Identities exhibit here in Ottawa last weekend. 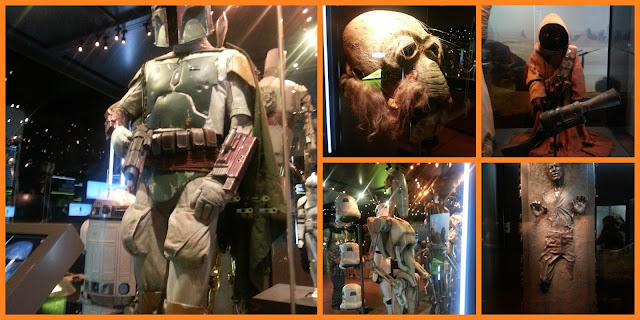 I didn't know what to expect from this show, and frankly it didn't really matter: MJ is a lifelong Star Wars fanatic, so even if the exhibit was simply 200 props piled in the middle of the floor, we were going to take her to see it and she was going to love every minute of it. The girl knows things that no one but Lucas should know; I can ask her about any character in the Mos Eisley cantina, and she will give me their name, their dog's name, and the mailing address. I'm not joking when I say, this exhibit would be a 'win' no matter what was there.

To my delight, however, it was much more than just props in boxes. The whole show had a spin on 'nature vs. nurture', genetics, and innate vs. learned behaviours. The show starts off with each visitor choosing a Star Wars species and naming their character, and as we walked through the show, we assigned those characters back stories, home planets, professions, and personality traits. An earpiece allowed each of us to hear the audio tracks to various animations detailing how our own human identities are formed, citing examples from the Star Wars saga. Pretty cool stuff, indeed. 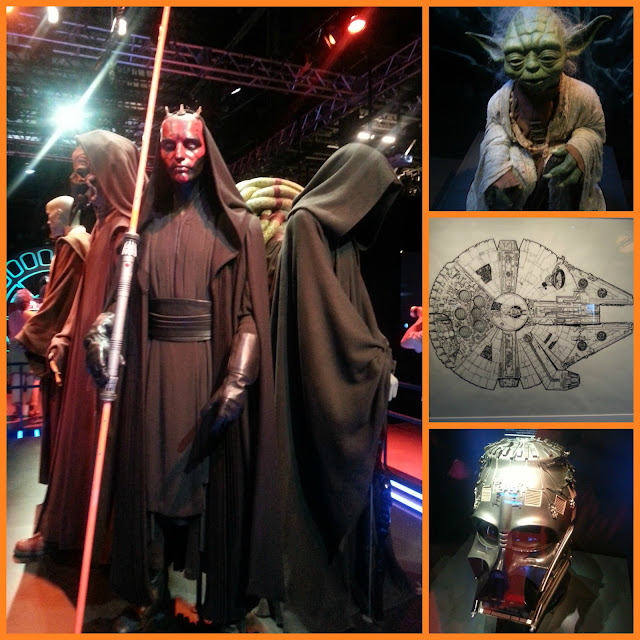 The props were really great, too. I enjoyed that there were a lot of concept sketches and random funny scribbles by the production team, all with explanations posted to share the 'inside jokes' with you. As a travelling exhibit, the setup was quite simple--no X-Wings hanging from the ceiling or life-sized dioramas to walk through--but the artifacts were all in pristine condition and displayed in crystal-clear cases. It made me even more certain than ever that Jedi robes should totally be the next fashion trend.

And how did MJ like it? She wandered through with giant wide eyes, taking photos of everything, even items from the newest three movies (which she generally hates, like all genuine old school Star Wars fans). She loved the interactivity of getting to build your own character, choosing traits and back stories and saving them all on the supplied magic wrist band, which later presented you with a projection of your completed Star Wars character. 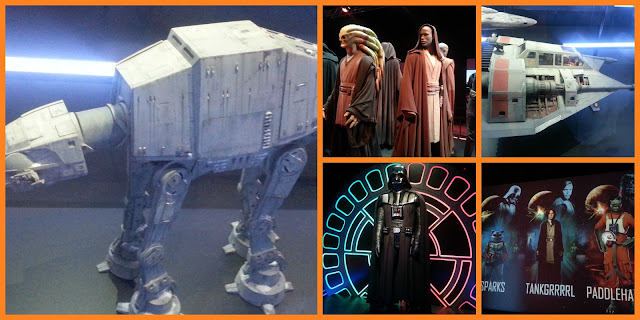 This is a girl who, every time the opening notes of the Star Wars theme song roar through the speakers on her TV, smiles like a fiend and conducts the orchestra. So, other than wanting to actually wear some of the costumes, I think MJ was about the happiest little geek in all the universe. And even I--with much more a Star Trek upbringing--was mesmerized by the impeccable props and super cool interactive character-building displays.

I recommend you head down to the show, which is continuing on at the Canada Aviation & Space Museum until October 14 2013. Whatever your age, whatever you geek level, you will emerge with a new Star Wars identity to call your own.