This September saw the first-ever Harvest Food and Drink Show, put on by the geniuses behind the
biannual Handmade Harvest Craft Show, and I was lucky enough to attend. It’s been over a week yet I haven’t stopped raving about it, and if you were there then you’re probably still raving, too.

Almonte Ontario’s Agricultural Hall was festooned with food-theme decorations and filled with dozens of local food and drink makers from around the Ottawa Valley; for six glorious hours the Hall was filled with the aromas of pulled pork, micro-brewed beer, and buttercream icing. Admission got you in the door with $5.00 in tickets that could be traded for cups of wine and buns full of meat, and most vendors had some wares on site for immediate purchase and take-home.

I was in heaven. 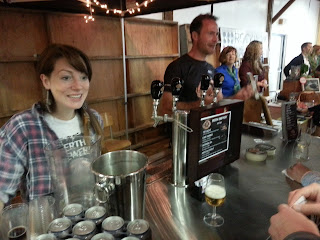 My favourites for the show were as follows:

MAD FAUX CHEESE:
You don’t have to be lactose intolerant or vegan to love this fake cheese, as was obvious from the droves of people purchasing blocks to take home. Of course, when they sold out of their sundried tomato flavour, this was a grave injustice to those of us who are indeed lactose-phobic; but nonetheless, these guys stole the show in my opinion. Mad Faux makes fake cheese out of cashews—how this is done I do not know, but I can tell you it’s a food miracle. Their three flavours were all delicious: the sundried tomato and basil was outstanding and flavourful, while the smoked gouda was remarkably close to the real thing…and the brie was soft and mild, almost more like a chevre. I took some of the brie home and melted it over a plate of pasta and roasted veggies, then ate some more for a snack on toast with a bit of vanilla-pear jam. Amazing.

You can order their cheese online and pick it up weekly at Auntie Loo’s bake shop as long as you’re in Ottawa, so be sure to check out their site and get ordering, people. Vegan or not, bring this to a dinner party or lay it out for noshing with wine. It’ll be a hit.

MERRY DAIRY
The Merry Dairy is an awesome food truck, peddling icy wares all across the Ottawa area and she’s even got GPS so you can follow her around town. Marlene makes frozen custard by hand—an icecream-style treat with egg yolk in the recipe, creamier and more indulgent than any other frozen dairy treat you’re gonna find out there. It was great to see them on site, and what’s wonderful about this truck is that you can find her all over the place, so no one has to miss out. Though her treats are so good, I suggest you follow her truck on the website and just become a travelling groupie.

SENSITIVE OAT
This was my first time meeting these two lovely ladies, and their product was really awesome. The Sensitive Oat makes granola from scratch that’s totally dairy-free, amongst other things. They’re currently working on a nut-free recipe for those who have that miserable allergy. Their signature flavour is ‘french toast’, with a healthy dose of cinnamon; I took home a box and I’ve been eating it on top of my yogurt in the morning. Aside from making a tasty product, they’re also genuinely sweet ladies. Check ‘em out. 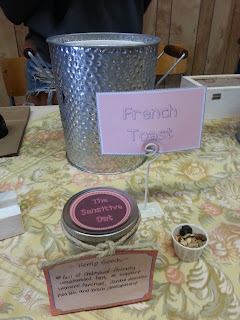 WHEATLESS SWEETNESS
I didn’t have a lot of room left to sample all their wares, but we munched on a bit of Wheatless Sweetness’ brownies, and I wanted to roll myself in the whole pan. Sweet, rich, fudgy, and dense, these brownies were everything a brownie should be—additionally, gluten-free for those who fear the wheat.

DON’S MEAT MARKET
Don’s provided pulled pork sliders. I don’t know what else to write here because I can’t express drooling sounds over a keyboard. The meat was saucy but not soaked, tender but not mushy; I went back twice and consequently had to nibble my way through the desserts. 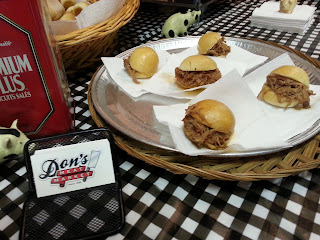 SWEET SECRETS
I won't even bother telling you how awesome this little confectionary company is...because I already blogged about it here. Suffice it to say, you need to try the honey comb (honey-based sponge toffee.)

There were some lovely beverage producers, as well: for example, Ashton Brewing Company, Harwood Estate Vineyards, Broadhead Brewing, and Rockway Winery got people feeling warm and tingly, while Equator Coffee sobered them up before sending them out into the brisk September afternoon. Local standards like Auntie Loo’s treats and the incomparable Koko Chocolates were there too; I made stops at both. 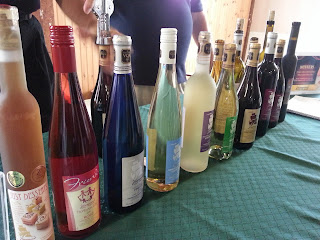 The show was weighted a bit heavily towards desserts and sweets, but this was their first year and I think word will spread quickly about how awesome it was received by the attendees. I hope to see more of our local meat producers coming out next year, and maybe some veggie farmers or soups to take home….mmmmmm….

Overall, the show was lovely. We spent about $15 total on food tickets and left with full bellies…and I won’t even tell you how much I spent on stuff to take home. But it was a great little afternoon date, and I will be there next year with a cooler for all the goodies I plan to bring back with me!