He Said, She Heard: the minefield of complimenting

JORDAN: [Pulling on an oversized hoodie to keep warm at the movies] I am dressing for warmth, not attractiveness tonight. We've reached that level. 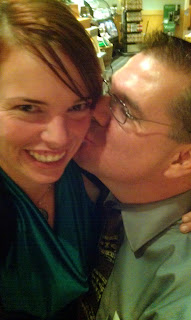 JORDAN: Yeah, so I look like a slob, but I hate being cold at the movies.

ALAN: Yep, you hate that.

JORDAN: And it's still a nice hoodie, even though it's huge.

JORDAN: You didn't say I look nice after I said I look like a slob.

JORDAN: You're supposed to tell me I don't look like a slob after I say I do.

ALAN: Well, that's because when I do, you tell me I'm ridiculous and you tell me again you look like crap. So I stopped saying anything.

JORDAN: No no no no nonono. You don't get to stop. You still have to say it. I can't believe I have to explain this to you. You've been around the block more than a few times.

JORDAN: Sigh. Clearly you're only proficient in the pleasure department of courtship, not the rest of the 'dealing with women' department.