Dating bliss: when boys can't navigate a conversation with a woman

Men: Hung by the tongue

Here's an example of why dating is soooo much fun.

ALAN: I'm excited at the prospect of living together someday. 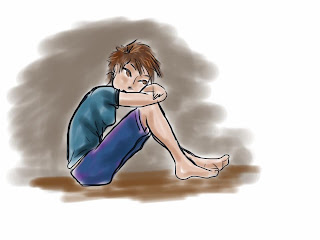 JORDAN: Yeah?
ALAN: Yeah. I know there'll be some big fights, but I think it'll be good.
JORDAN: ....Um, why would there be fights?
ALAN: [pauses, blanches] Errr...I don't know. There just would be some.
JORDAN: No, clearly you had something in mind. What are you expecting us to fight about?
ALAN: Um, well...like, cleaning products.
JORDAN: Cleaning products.
ALAN: Yeah. Like, maybe I have some that aren't as eco-friendly as you like, but I like them.
WHAT JORDAN HEARD: I don't like your cleaning products, nor do I care about the environment.

JORDAN: You like them...?
ALAN: Yeah, I like the way they work.
WHAT JORDAN HEARD: I think your house smells bad and is unhygienic because your cleaning products suck. You are a sucky housekeeper and one of those hippy nuts who think lemon juice can be used to clean up even the worst murder scene.
JORDAN: I see.
[long pause]
JORDAN: Well. I can tell you, there won't be any giant stashes of junk food in my house when we live together.
ALAN: ....Yes, that will be an adjustment for all of us.
WHAT JORDAN WANTED TO SAY: Good. And by the way, it won't be an adjustment for one of us. And also, I'm apparently already going to have to adjust to your asthma-inducing chemical cleaners and your hideous brown couch that you've already told me you'll never give up.
JORDAN: Yes. A positive adjustment, given what you're all used to, and how you're all feeling.
ALAN: Yep. It's going to be hard to find things the kids will like.
WHAT JORDAN HEARD: You're going to have to nag me to get me to stop bringing junk food home.
JORDAN: You know what we'll do? We'll stock the house with healthy things, and the kids will eat it, or they won't eat. Because that's the way the REST of us were raised. And none of us died.
ALAN: ....Yep.
Later, I relayed this interchange to my bestie MJ, without the 'what Jordan heard' parts, just the out-loud interchange.
WHAT MJ SAID: What the hell? What's wrong with your cleaning products? I saw you using furniture stripper last week that melted your gloves! It's not like you're out there trying to use lemon juice on everything!
Thank the heavens for best girl friends, who remind you there's intelligent life on earth. Girls who affirm that you were not, in fact, laying devious word-traps through which another human couldn't possibly traverse...nay, clearly, if another woman can navigate the land-mined terrain of your conversation, wincing and ducking at all the right spots, the man-species should also be able to keep up.
Post-script later that evening:
JORDAN: [counting out on a calendar] Geezus, Alan. My cycle's not due for another week.
ALAN: Okay...?
JORDAN: You're driving me so nuts, I thought I was PMS'ing. That's bad, man.

If you're reading this and you're single: look what you're missing out on. Oodles of fun.