WHERE WIGS ARE THE NORM


At the end of May, I attended my first-ever Anime North. Anime North, in Toronto, is a convention for all things anime-related-- Japanese-made animation, which usually has a sci-fi component, and is often way more edgy than anything animated we make over here in North America. You may be familiar with Pokemon or Sailor Moon, for example, but there are gorey productions like Vampire Hunter D and Ninja Scroll which wouldn't be safe choices for your ten year-old. Anyway, this was my first time going, and I had no idea what to expect.

I don't think I'd be exaggerating to say that at least 70% of the visitors were dressed up in costume. Funky spiked and coloured wigs were the norm all day long, with costumes ranging from the pre-made kind to the intricately DIY'd designs that show the world just how much adoration the wearer has for the character.

What I enjoyed the most about the con was how friendly everyone was. These people are so excited about their fandom that it puts most mainstream geeks to shame; and what makes that fun is that everyone is up for a chat. Numerous times throughout the weekend, I heard visitors say, "Well, it's only once a year I get to buy this stuff/wear this stuff/see these people," and it hit me that this is pretty much Anime Christmas for the 20,000 people who attend. 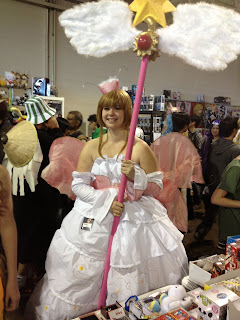 A huge thank you to Toni Weri for her contribution of all these wonderful photos. There's lots there that I didn't understand. I'm not a big animation nerd at the best of times, so I'm unfamiliar with the majority of the characters. The whole 'Furry' phenomenon baffles me, and I'm not sure how sticking cat ears onto a sexy outfit makes it a costume, unless there's a genre of zoomorphic anime that I don't know about. But I could appreciate all the costumes, the neat merchandise for purchase, and the incredible artists selling prints in Artist's Alley. 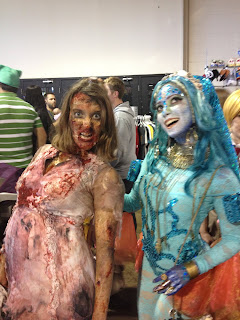 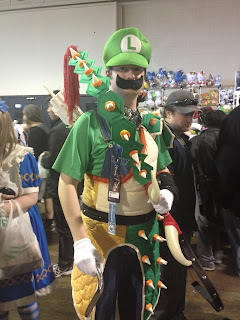 For three days, the Toronto Congress Centre turned into a magical land where a jeans-and-tee-shirt kid like myself was the odd man out; where lines fifty people deep at Tim Hortons were composed entirely of technicolour woodland creatures; where casual picnic lunches were enjoyed by bands of ninjas with styrofoam swords. 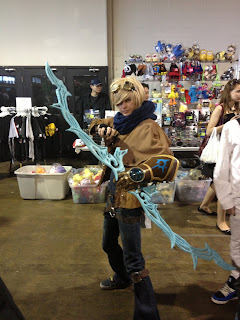 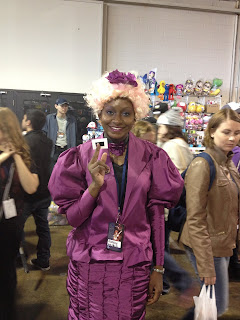 And yes, even I came home with a treasure: a knock-off Tokidoki gym bag that makes my heart sing every time I look at it.

Overall, even if I just go for the people-watching, I think I'll be back to Anime North. 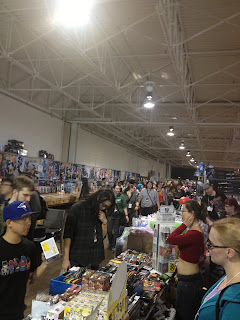 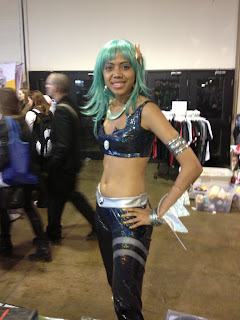 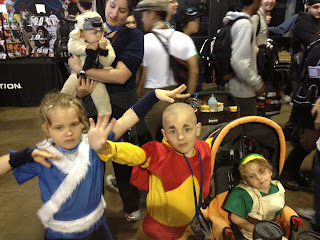 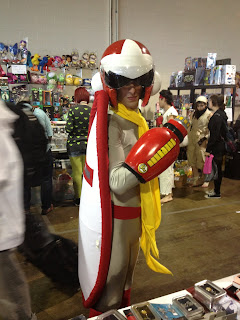 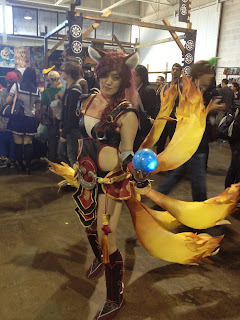 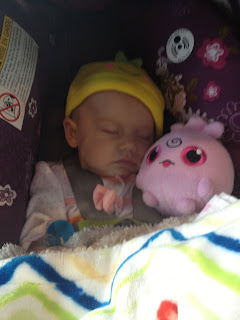