Hope and Marriage: a teenage wedding 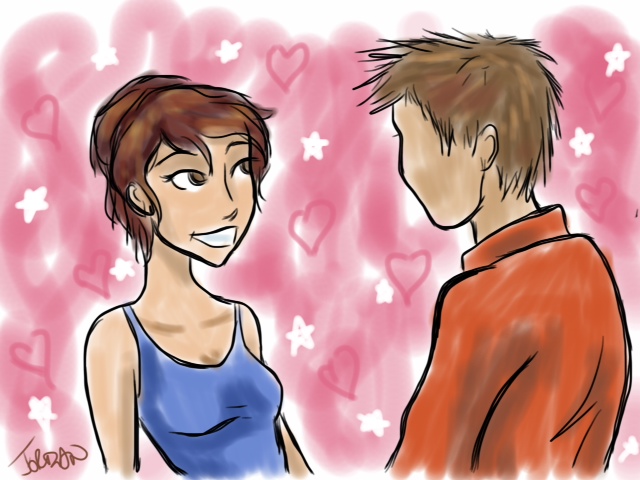 I STOOD AS WITNESS FOR A TEENAGE WEDDING LAST WEEK.

It was an odd situation. The groom’s dad was frantically searching for a second witness, desperate because the judge was booked and the ceremony was only an hour away; so when the dad showed up begging for help, I couldn’t see how we could turn him down. My coworkers balked at the idea, and that meant the only person left to do the deed…was me.

Because of where I work I often walk past many civil ceremonies on my lunch break, but I’ve never been asked to participate before. Since my separation occurred, I’ve generally avoided going too close to the judge’s chambers; I find myself rolling my eyes at the happy looks of the brides and grooms, and I also have a perverse feeling that if I get too close with my bad marriage juju, I will jinx their chances at future happiness. But my Good Samaritan nature meant that, when my help was needed, I swallowed my ire and stepped up to the plate.

It was cute, actually. They were so young, these two, with the boy in the military and the girl (I am pretty sure) expecting. The boy wore winter boots, jeans, and a button-down shirt. The girl wore a blue sundress and tights. The boy’s dad was gruff with emotion, and the girl stared up into the eyes of her sweetheart with all the joy and giddy happiness that comes with being in love for the first time. That first time, you know, where the love just pours out of a heart that has never been broken. No thick skin to hide the feelings, no mistrust to darken the eyes…just simple, joyous love. The boy was so nervous that at the end of the ceremony, he had to double-check with the judge that they were really truly married.

But hey, I was twenty-nine when I got hitched; I waited and planned, judged and weighed, doubted and tested things until I was really sure. And it didn’t work out. So who am I to say these two besotted fools can’t make a marriage work.

Musing on their moonpie faces up at the altar, something changed inside me. It felt like a dark, waxy shell was melting off my heart. My chest ached, not in the sour way it usually did when I passed by the weddings down here; it ached with compassion, with empathy, and with hope. Hope for the couple.

Okay. So maybe I was hasty when I swore (loudly, vehemently, and with all seriousness) that I would never, ever marry again. Maybe. I don’t know yet.

I started a Pinterest board, and it’s been noticed. It’s called ‘Pretty Things’, and I started it months ago for two reasons:

a) You cannot go on Pinterest without seeing wedding stuff and some of it is gorgeous.
b) It made me feel better: sometimes because it was a way to wallow in self-pity, and sometimes because I would think, maybe…maybe one day I’ll need this.

Watching the starry-eyed kids get married seemed to pour fuel over those hopeful flames.

And I wanted a lace dress more than anything the first time. Maybe next time, I’ll have one.

SONG OF THE MOMENT: CHUCK BERRY, YOU NEVER CAN TELL