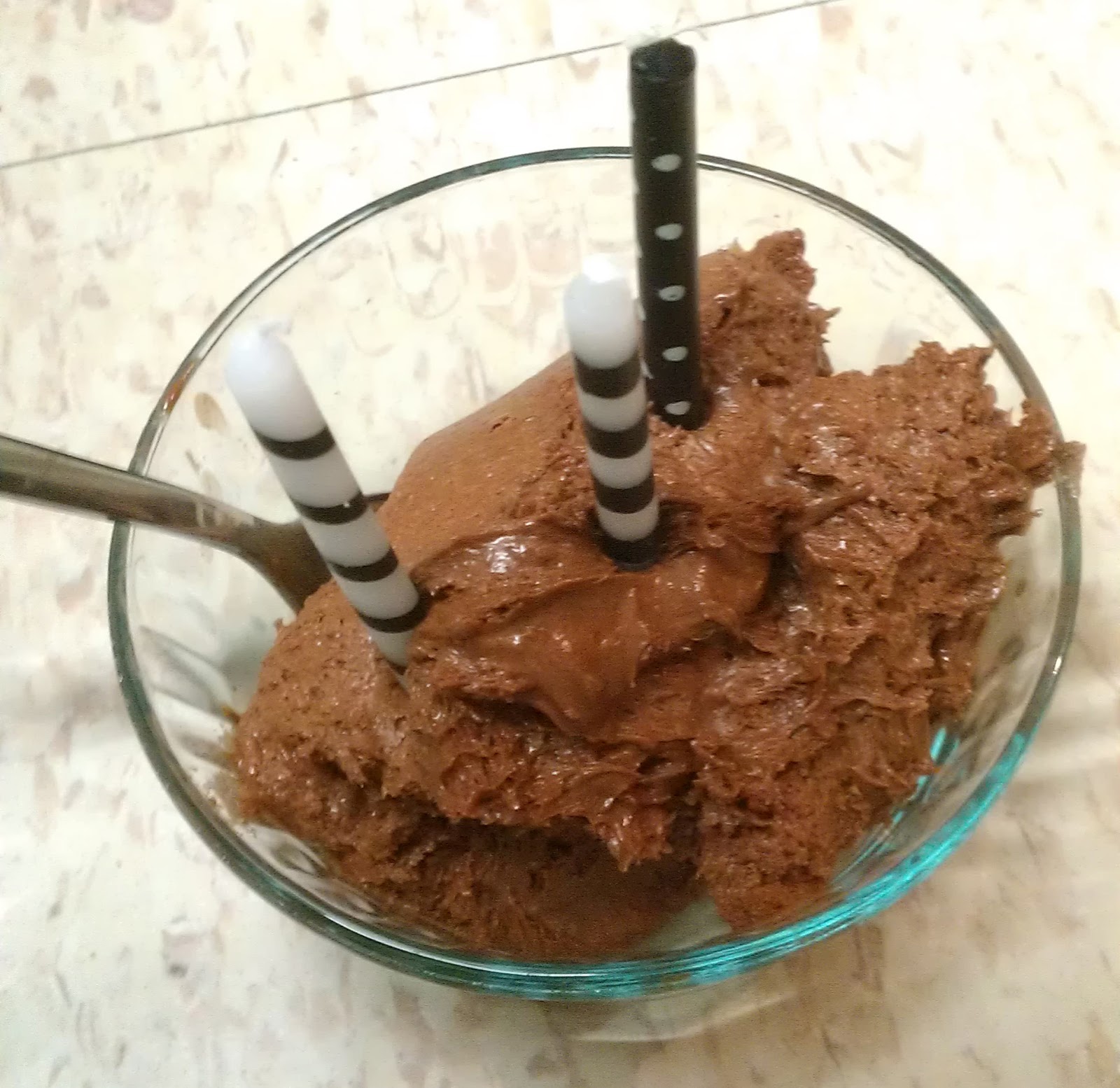 So last week was Alan’s birthday, and my best friend MJ agreed to help me make him a special dessert. Rather than the usual cake, we made his favourite: chocolate mousse. A mousse, not made into a cake or other baked good, is hard to find in the city—trust me, I looked before deciding to try making one. The recipe seemed simple, so I begged MJ to help me and she agreed.

Note here: MJ is a former Executive Chef, headed back to pasty school in the fall. So when I said, “This should be easy!”, and she agreed to help, it was partially because she’s already familiar with complex recipes. I was unprepared for what we were attempting to do.

We used a recipe based on Julia Child’s, found on The EndlessMeal blog. I figured Julia knew what she was doing, and I never thought to go find the original. I’m grateful to The Endless Meal for providing therecipe, but I do have some criticism…

First off, it took way longer than the 15 minutes they suggested. I’d guess we spent 2 hours on it. So don’t be fooled; you’re gonna need lots of time.

Secondly, for a rookie chef, the instructions were confusing and vague. “Beat egg yolks…until mixture…fall back upon itself forming a slowly dissolving ribbon.” If you’ve never beaten anything more complicated than packaged cake mix, you will NOT know what this means.

Lucky for you, we took a video of what egg yolk/sugar ribbons should be:

(Maybe slightly over-blended. But you get the idea.)

The worst part about this recipe was the endless, endless blending. Each step requires blending…in fact, nearly each ingredient requires its own blending. Even MJ, a virtual kitchen chemist who loves to make all sorts of things, was bored. 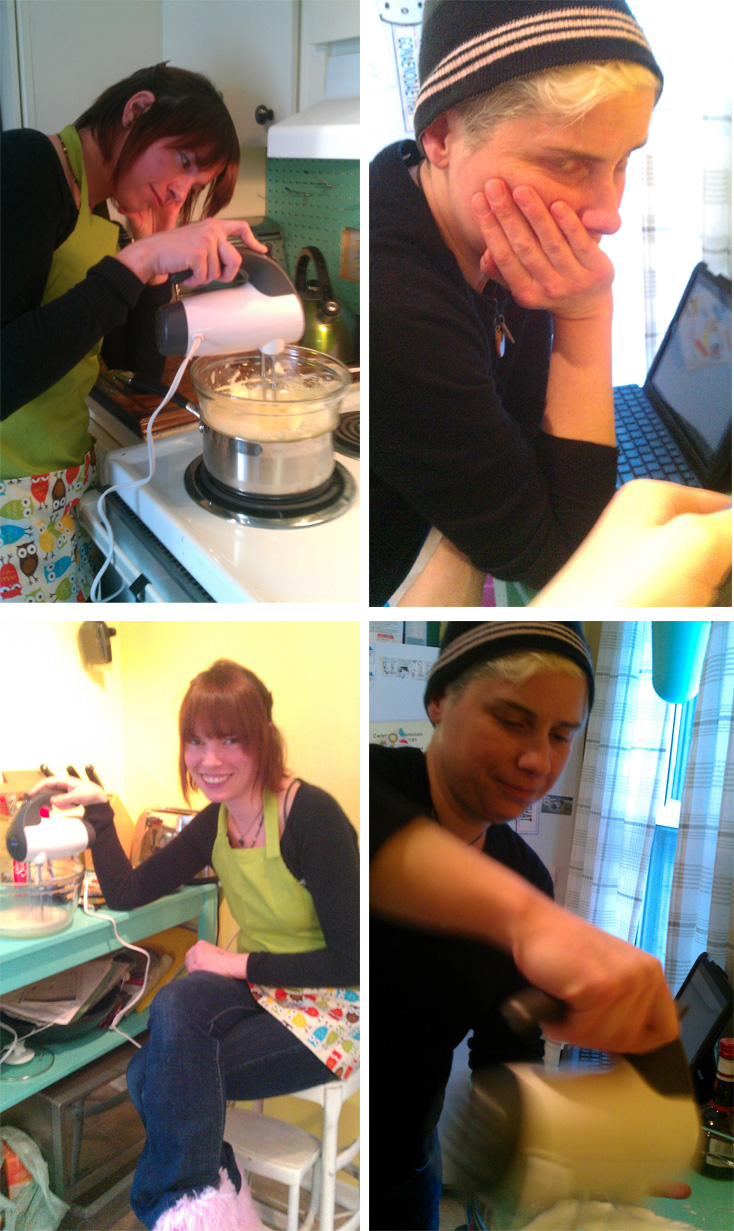 I think we had some trouble regulating our heat for the part where the eggs were over top of the hot water (double boiler style). We had to improvise a setup, and I think the tempered glass bowl we used maybe diffused the heat too much. Maybe with a metal bowl, this would have all worked out faster.

We also found that the sugar in the mixture stayed granular right up until serving time, when it seemed to magically disappear. I don’t know if that’s supposed to be part of the plan or not, but I was just really happy when it smoothed itself out. 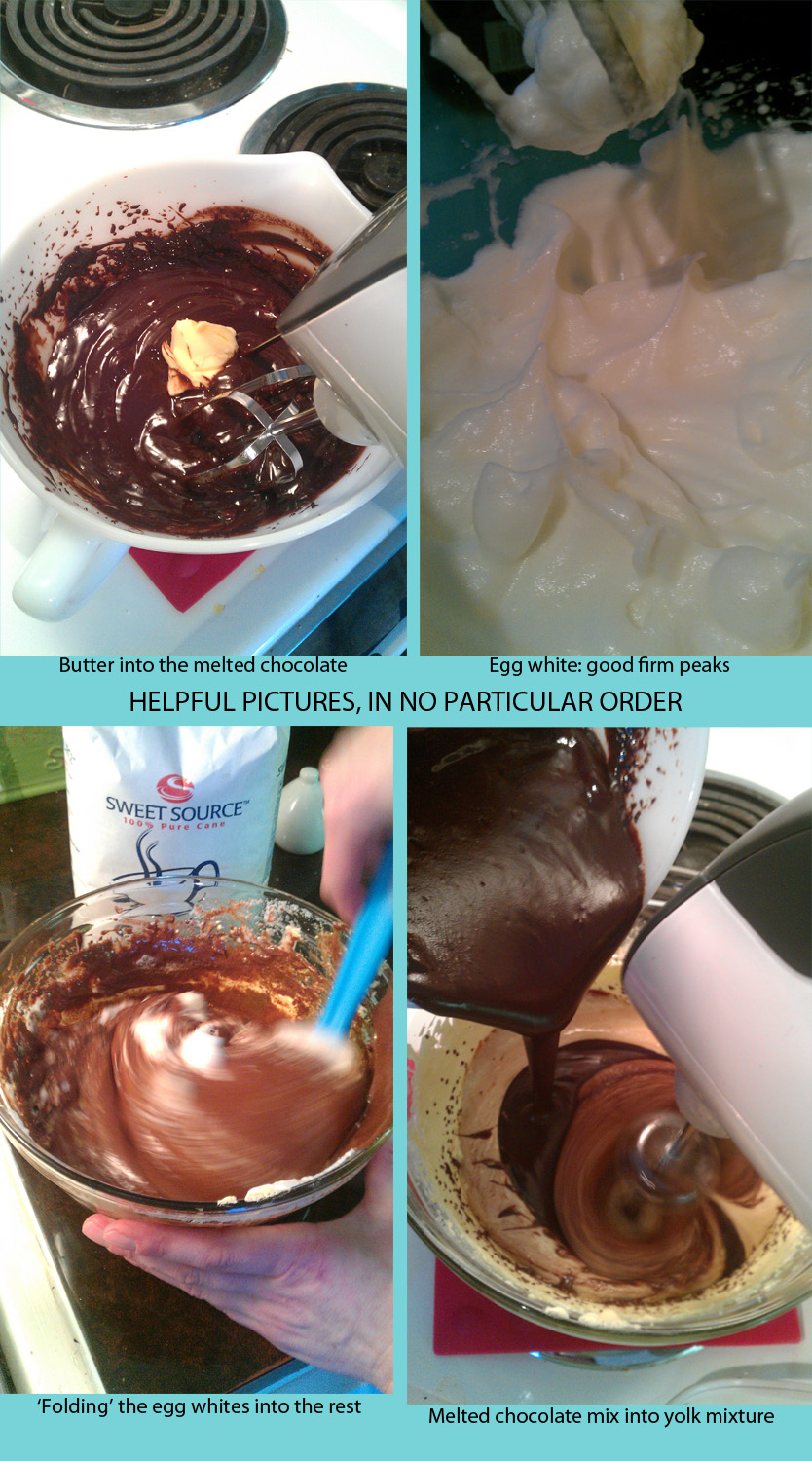 The recipe involves raw eggs, which was a bit unnerving. A nutritionist friend of mine told me to never use raw egg in a recipe unless I was using organic free-range eggs, but we didn’t have any so we went ahead anyway. No one got sick, so I guess it was worry for nothing.

It was delicious, and it was fun to spend time with MJ in the kitchen. My favourite quote of the day was when I had her sniff the orange liqueur before I tossed it in and she made a puckered face and said, “Ugh, smells like high school!”

Oh, and Alan was thrilled. So the result was worth the effort. But man alive, I never want to see another egg beater again.

Here's the recipe again, in case you're a brave soul!

Post Script: our friends at foodiePrints have recommended we try this simpler-looking, egg-free nutella mousse next time. As Alan is allergic to all nuts, this one might just be for ME. :) 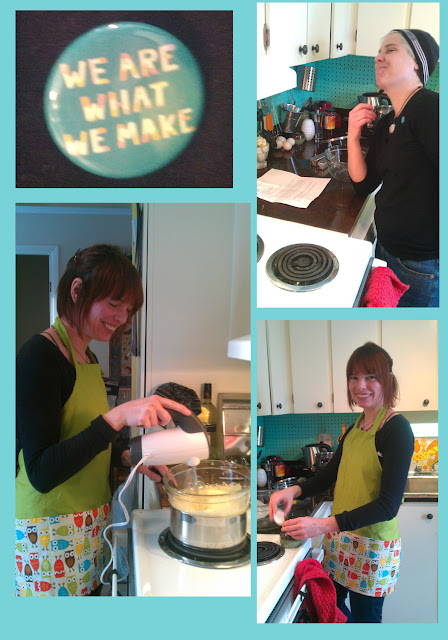