Random Update: My Week In Snippets

I have been really busy this week, because I launched my own business (yep, I grab life by the balls, people), and I've been doing miserable things like getting cavities filled (though most of my time was spent sitting and waiting for the freezing to work while my hygienist and I discussed online dating forums), and in the middle I've been trying to actually get out of the house a little. So I haven't had time to formulate some big clever post this week, nor have I had time to post some awesome recipes and DIY stuff I've been doing. It'll come, don't worry. In the meantime, here's a very short summary of what has been happening. 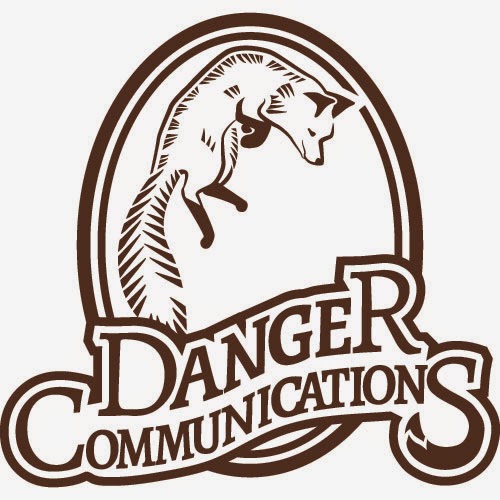 I took a big leap and started my own marketing firm. I was already working freelance, but I wanted to take things to the next level and really brand it. It's freakin' scary, but I love what I do and I prefer to do it on my own terms. This way I never end up marketing Nesquik or Axe body spray or anything else that makes me feel dirty. I celebrated the launch of my business by promptly losing my day planner, which is still MIA as it flew off the roof of my car. I spent the next two days curled up in a ball while I tried to remember all my appointments and notes. I recommend you, too, reach for the stars and go for that dream career that you've always wanted, no matter how scared you are...but I recommend you find a different way to mark the occasion.

MJ MOVED IN:
My best friend MJ moved in with me a couple months ago. I didn't really mention that yet, because I wasn't sure what to say other than, "YAYYYYYYY". Not every pair of friends should live together, but MJ and I have a history and lived together for four years previously, so now, in our 11th year of knowing each other, we felt pretty confident in our decision to be roomies. I don't know exactly how she's feeling about it, but I can tell you that *I* am thrilled. For one thing, I feel less likely to develop a brain tumor from holding the phone to my head for 2+ hours a day while talking to her. Also, we can do little chats throughout the day rather than one long one...it's like Stadtler and Waldorf shorts on The Muppet Show, in their balcony, laughing at their own jokes. But today especially felt like a day where I could say, "Yeah, I'm living with the right person," because she left me this note in the morning: 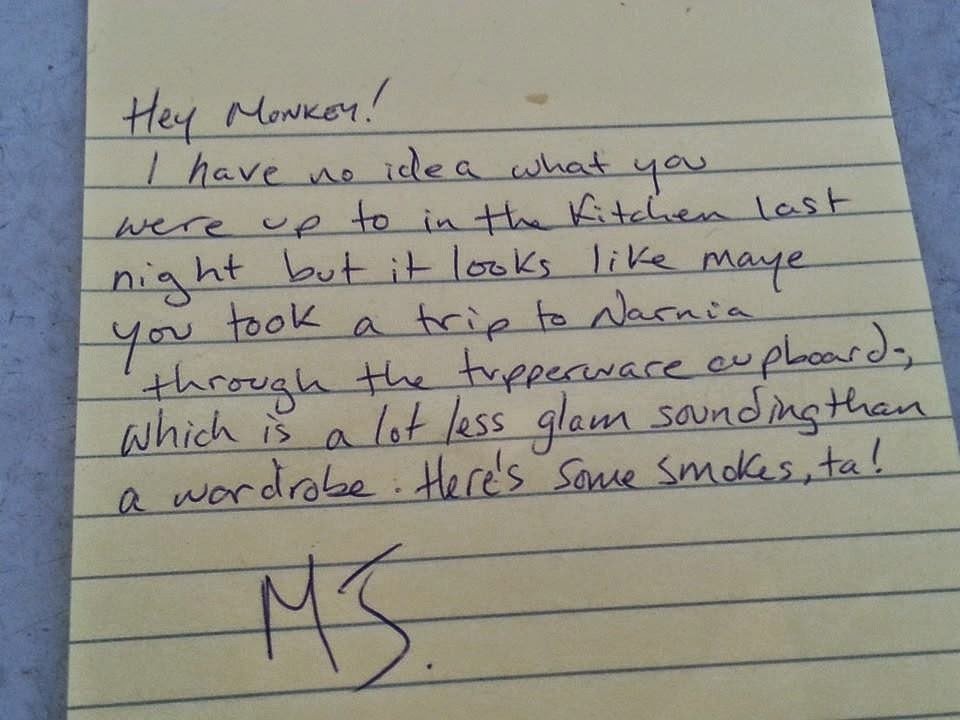 Only a best friend would know exactly how to make me laugh first thing in the morning like that.

CORBEN TAKES THE TRAIN, AND A BUS: 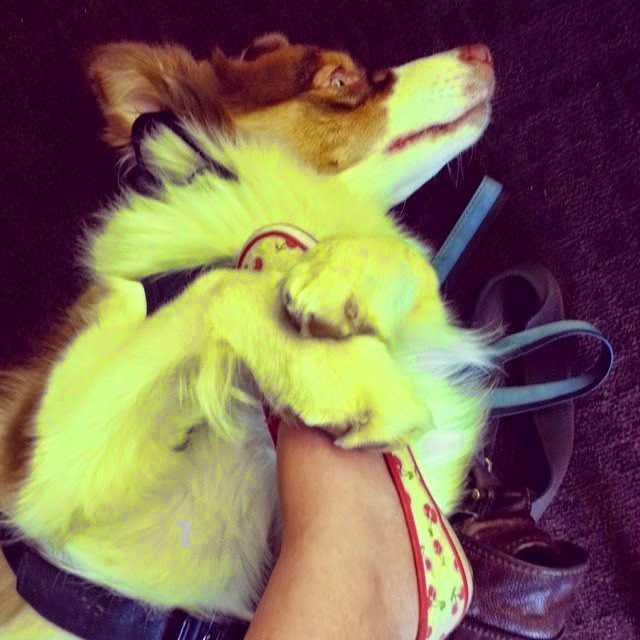 Corben's training continues and is getting more interesting as his age/brain increases. Last week we took him on a steam train at the museum to teach him about trains. Not, like, to teach him about trains, because I'm telling you, this dog has no interest in book learning, despite my repeated attempts to make him watch shark documentaries with me. Anyway, he had to learn how to cope with train travel and this was a great way to do it. Despite hundreds of screaming children and a wasp that flew in the train car, he handled it like a pro. So the next step is a public bus, and we went through the rigmarole of getting him recognized by the bus service, and now--no joke--Corben has his own photo ID for the bus. Yes, I'm in it, but I think I'm pretty much just there to hold him up to the camera.

ONLINE DATING SUCKS, MOSTLY:
I've been doing the online dating thing for a few months now. I started out, not to actually talk to anyone, but because I'm an A-type organization freak. So while I was lying there in bed one day, pitying myself because I was pretty sure I'm never going to find someone I want to date again, I decided to see if that was empirically accurate. Dating sites allow you to screen people based on their gender, age, financial bracket, education level, desire for children, etc etc etc. So as cold-hearted-Vulcan as it makes me sound, I went on and selected all my best case scenario choices for a mate, I found that yes, there are still some eligible mates in the world. The rest of the screening is left up to the individual, of course. If you're considering trying it out, may I suggest the following additional screening methods:

I may do a longer post on this topic at some point.

WISDOM FOR THE WEEK:
In dating, business, or life in general: if you are unsure if you're good enough, smart enough, or cool enough, just fake it 'til you make it. You'll get there. Here, a song for us self-effacing fake-it-til-we-make-its: